How much money would you need to open an online casino in 2021?

Why are there online casinos that tend to scam people (no payments, banned accounts, confiscation of funds and players cheating) and turn into the trash? Here I would like to focus exactly on the reasons for such operators behaviour. That is, why do many online casinos tend to (or have to) cheat players, taking their money and having a long verification process just to delay the withdrawals (hoping that the player will lose it all). Well, let's get started.

Here is the text itself: "Hello John. I’m Mike. I have a product that you might be interested in. Well, it’s a platform that will help you open an online casino and start quite a profitable business, thus being one of the topmost successful and rich people in the world! We do know how to get started; you may have an online casino that would bring a huge income, too! Would you like to be in the top 20% businessmen who take a share of 80%? You are more than welcome to contact us via e-mail or Skype. Would you like us to send you more information via e-mail?"

Thanks to such companies as Softgaming, Softswiss, Slotegrator, Tain (and others) the number of random (not professionals) people in the field of online gambling has grown several times. At the same time, right before getting started, the business owners see the online white label casino as golden mountains and easy money (well, huge money) and they remain blind regarding the high volatility and the business risks.

Let’s estimate the number of payments that should go through a freshly opened online casino: Where to get players (traffic). It is not only the most expensive but also the riskiest position (as it requires experience in such a field) in the full list of expenses. There are some extremely dangerous moments which should be usually considered and analyzed:

Working with affiliates (partners). On one hand, it is less exposed to fraud (if you have an Affiliate manager with some sort of experience), on the other hand, it is one of the most expensive ways to get players. Its essence is to place your casino on their web resources (sites, streams, forums and so on), the players use the affiliate link, and you pay 50% of their loss. It may seem perfect. No players — no payments, but that's how it looks just at first glance.

There’s no negative carry over. This strategy is used by most online casinos, as you get the same result with or without it, but the last one will make the affiliate remove your casino from their site.

How does it work

The work month of the affiliate starts on the first day of the month and ends on the last date of the same month. Then the profit is calculated, and the partners get their payments. But what if one (or several) players of this partner hit a big win and, by the end of the month, the partner won’t get a penny (as the players won more than they lost)? The answer is: nothing is nothing. The casino will pay the players (if it’s not trash and has the money for that). The partner balance will reset, and a new month will start. Let’s have some examples:

"There is only one player on the affiliate program. It could be a new affiliate program, or the bets of one of the players are much higher than the others. In January the player won 100000 Euros. Then he had a month break (supposing that he set a limit until the full amount is paid). A new month started. In February, the player loses those 100000 Euros back. If the affiliate gets 40%, then the casino has to pay 40 000 Euros, despite the fact that it will pay about 15 000 to the game providers and 5000 to payment systems."

The second example is for those who are going to say that such winnings (of 100000 Euros) don’t happen often:

"Suppose that casino has 10 affiliates and all players are linked to them. For example, all partners have an equal number of players, and they all play the same bets and roughly the same number of spins per month. Let’s take 10 players per partner, a total of 100 players. Well, what is going to happen in a normal month? 95% of players will lose, and 5% will win 50—70% of what that 95 % have lost. Quite often one player will win more than the others have lost.

Let’s try to count the point 0. Suppose that a player won the amount the other 99% have lost. What we get:

The casino will lose not only on payment systems but also on affiliates. You still remember that each partner has 10 players, right? So the one who is going to cause that negative balance with his win, won’t give a penny and on the first day of the month will start from scratch. However, the losses of the other 90 players (note, each partner has 10) should be paid. That is, if you pay 40% to the affiliate, then you pay an extra 36% (90х40) of the amount you will give to the player. The larger the gap, the more you will pay. If there is no such winning, you must fully pay all the commissions to the partners.

Flat fee (Payment for being listed on the site)

Flat fee (payments for being listed on the site). There are many online casinos out there, but the number of affiliates which links players is quite small. The price of the competition is well known by both market sides. If you like to be the 1st, 3rd, 7th and not the 29th — pay an extra 1 - 3k Euros per month to the affiliate. You have a new casino and want to be listed? The listing price is from 1 to 10k Euros. However, all these payments won’t save you from such cases as described above. What does the white label seller mean by those 50000?

CPA programs for teaser networks, traffic sellers and traffic arbitrage. The risk of fraud here is even higher because you have to pay a fixed amount to a player who, for example, made a minimum deposit. At the same time, the cost is high enough. In some regions, it is from 70 to $90, and in others, it is 150. There are areas where it may go up to 200. By accessing Fastpay, I realized how many players make deposits of $10.

There is much work to be done here. You are going to lose money by paying CPA for fraud (the player is paid $20 on a system, so that he may register and make a deposit of 10. But you pay the system 150 for such a player. Cool, right? Be ready; the teaser networks will offer you such players that will cover your full budget. This method works on big numbers when the players are verified and the partners selected. Getting started here is insanely expensive and frustrating.

How much money would you need for a stable online casino operation?

Honestly speaking, I cannot imagine a good operation of Fastpay casino without our own large affiliate resource. The first half-year is quite a guaranteed loss of 100000 Euros, even if the players come from us. Well, the money a regular casino would need to get started:

Well, how much money would you need for a starter package of a new online casino? 384000 Euros! Some positions may need less; it’s just an estimate. It would be quite a lottery to get started without at least 300 000; you play against players without any clear advantage. Because of misunderstanding the basic things (which are known by any experienced affiliate) many casino owners get depressed by the constant re-sales and closures (with the players' money) of many online casinos. Many see the way out as the unjustified confiscation of winnings, creating new rules to steal more money. Well, would you like a profit of hundreds of thousands while investing only 50? Today you have this unique opportunity to become quite a wealthy man with minimum effort and resources... :D

The alternative way or hello scammers 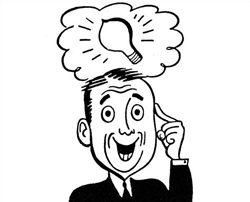 There is another way of making money from online casinos. You won't need 300k to get started. Here you may need just 50. The casino will make sure that the players do not request withdrawals. That is, they will win, as it is licensed software, but they won't request withdrawals. That's what the casino will do (I swear that's what the big casinos do. Okay, I'll give some steps to become a rude scammer).