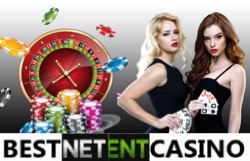 There are a lot of rumours around the dishonest work of slot machines, adjustment of RTP, twists, and many others. A fair alternative to it has become live-games. But are the developers fair to us about their games? This is what we are going to figure out today based on the example of Evolution Gaming - a popular developer of live games. So, I will cover the following points today:

Evolution of Gaming. What is the Secret behind their Popularity

Even though there are plenty of developers of Live games for online casinos, we will dive into this industry of online gambling based on the example of the most well-known company for today - Evolution Microgaming. We can find there a variety of roulettes like Blackjack of different levels, Baccarat, other card games, and also unique ones that are beloved by the majority of players like Dream Catcher and Monopoly Live.

The trust of the majority of players is well-explained and we can consider card games as an example to it where everything is going on without the participation of mechanisms; thus, it diminishes the likelihood of any action being subject to fraud or pre-prepared adjustments.

There are additional arguments on this matter:

The first thing that made me feel confused is that the developer states RTP. In my opinion, the card games don't easily give in predictions and that implies the practical impossibility to get an idea about the exact percentage of RTP. If the company states RTP of games, it simply means that RTP is forecasted by developers, which results in its control.

Unfortunately, as I prefer to play slot games and the majority of my articles are about it, I have no idea regarding the direct and indirect proofs on how developers manage “real” games. All subsequent ones are just wild guesses and food for thought. The major goal of this article is not to succumb to the common belief and honesty of this developer and play these games reasonably.

Unfortunately, as I prefer to play slot games and the majority of my articles are about it, I have no idea regarding the direct and indirect proofs on how developers manage “real” games. All subsequent ones are just wild guesses and food for thought. The major goal of this article is not to succumb to the common belief and honesty of this developer and play these games reasonably.

Examples of video from Dream Catcher and Monopoly Live 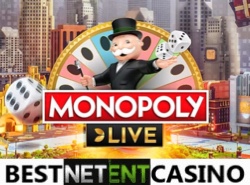 In the beginning, I want to introduce to you these curious videos

1. In this video, you can identify the improper work of flappers.

It’s not only about how it was “set” on the needed sector during the return of the wheel.

2. Here is another video where you can quickly observe the same situation: unprompted operation of the flapper.

3. Another amusing video may demonstrate to you improper work of flapper.

In this case, even though the flapper doesn’t slow down the speed of the wheel, the administration lost control over the regulation and determination of the winning sector. In addition to this, sector 2 is regarded as the winning one even though the arrow (not flapper) points at the sector chance.

4. In this video, we can watch how under the shift of the sector 4 rolls, the system determines the winning symbol as 10. Well, what I can say here is that it’s obviously due to indecorous work of the wheel and for some reason, it was not able to spin up to the moment of the previously defined winning number.

A couple of more interesting videos to watch

In these videos, the author carefully compares the differences between the spinning of two wheels and also differentials and the power of spinning, etc. Well, it’s definitely a pleasure, so enjoy it!


Summing up about Dream Catcher and Monopoly Live

Is it worth what we have seen so far to consider as force majeure situations, accidents, or just absolute coincidences? Well, from my point of view I would say no!

It can be bravely mentioned that Evolution Gaming uses dishonest methods of games, fully controls the process, and influences through the flapper to affect the speed of the wheel spinning and the spot of its halt. Accordingly, they control and define the winning combination. Thus, the control of the game allows the developer to state RTP.

Is it Worth Playing these Games?

And is it real to play them? Undoubtedly, you can play them but it’s needed to keep in mind that your winnings are not subject to luck and it’s better not to self-deceive yourself. The games are controlled and it is a fact. 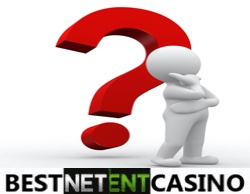 The most noticeable difference from slots (where you are one-to-one with him) is that the simultaneous number of players is huge. It means that the decision is made not under your bet but from the general number. This gives a chance to win and you can even get once in a while pretty attractive winning as you enter the game from the first bets. Moreover, the company needs to appeal to the customers and that’s why sometimes (under the minor general sum of bets of all players) games give out pretty big values like several hundred and even thousands. You just need to show up at the right time and moment in the game.

The majority would say it’s not a big deal and it’s ok for these games as there is a special mechanism and thus it makes it possible to manipulate easily with the game. But what about the card games like Blackjack or Baccarat. Let’s try to figure it out here.

Going ahead I can say that in comparison with Dream Catcher and Monopoly Live, there are enough proofs for card games so that’s why what will be stated later is just going to be speculation on this matter.

Blackjack and Baccarat: Are there any Manipulations with these Games? 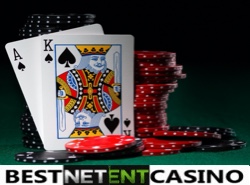 As a start, I will offer you to watch the following video below:

As we can see, the dealer ( of different developers of the game) somehow failed to count properly the following card, and keeping in mind the failure, he changed the sequence of card distribution that turned out to be a pretty rough oversight. Surely, such methods are rarely used as they are considered as “dirty” ones and easily noticeable, but what is interesting to me is how was the dealer able to fail at counting? In my opinion, real card counting is excluded for sure as it's a pretty complicated process. It would be difficult to find such a professional considering a large number of dealers available in other companies. Therefore, we can assume that there is something else.

There are no exclusions in terms of other well-known highly technological methods of a scam which is due to the huge money available in this industry.

Is it Worth Playing this Type of Casino Games?

From my point of view, I would say yes as from time to time you can even win something there. If you consider individual games like Blackjack then the companies may even hook on this game, thus there is a way for wins. The only thing I would recommend is to change the tables and dealers.

The principle of Baccara and other massive card games is equivalent to the principle of the work of Dream Catcher and Monopoly Live and for the most part, everything will depend on the total quantity of bets and big gamers. It’s not recommended to bet a huge amount of money and choose continuous game sessions within the framework of one table.

What about the Beloved Roulette? 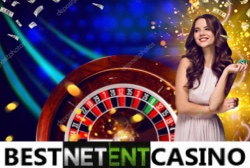 In my opinion, the outcome is practically the same as what happens with Dream Catcher and Monopoly Live. Yes, the mechanism is different and instead of the flapper, the ball plays the most important role here. Anyways, the principle is the same where the game is controlled during the process.

For the beginning let’s watch this video ( this is a precise example of how the ball is being controlled) After you’ve watched this video you start to believe rumours about magnets and other mechanisms of action on the ball.

In my opinion, “cherry on the pie” will be the following video ( where you can observe how the winning outcome of the game turned up earlier than the ball which pointed at the winning sector.

How did that happen? Well, it looks pretty simple:

Roulette is the massive game or in other words the game with a huge number of players. It means that as in Dream Catcher and Monopoly Live there is little what can depend on your bet if it’s not that big. The calculation of the result is produced under the basis of the best of all participants that do not exclude your winning. Considering that I would strongly recommend you to leave out the continuous sessions and huge bets.

The application of any strategies of win with roulette is inappropriate as in any case, the system will inhibit them. If there are any of them that worked out, then that means that at this exact time it was beneficial to the developer of the game. It could be due to the bets of other players or perhaps because of the aim to encourage you to bet greater bets to play the games with this developer. Because, if the strategy works then why not increase the bet and hit the jackpot? However, this is not simply done and the result of this game is predominantly likely to be a complete failure.

So, we discussed the most popular live games provided by online casinos. As the saying goes, you are the one to conclude!

P.S. What confuses is the following thing. The stated methods which can be characterized as mere manipulation of the game, could not stay unnoticed by companies that control if the company is honest in terms of the organization of such games. And that means that such sort of thing is regarded as a norm. Well, if this is normal for live-games, then what can say about the integrity of audit and control of slots of the same company as ECOGRA? The answer to this question is obvious and it’s nothing more than throwing dust in the eye.