Gods of the Gambling Olympus or Online Casino Games Developers 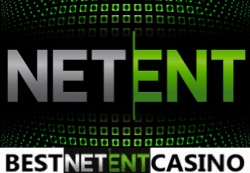 In this article, we are going to talk about “whales” in the online casino game development sphere. Here are the topics we’re going to discuss:

Affiliates or Game Developers: Who are Gambling Gods

You’d think who if not the gaming house should be the most important part of the chain in an online casino? But it’s not that simple. Partners and game developers are the only ones who got very bold in this working environment.

Everything is clear with the former. The casino offers them a higher percentage. In theory, they can change it, because they have direct contact with the owner of the casino. It’s a bit more complicated with the latter. Game developers in big companies like NetEnt, Microgaming, Play N Go set the terms in the ultimatum. The casino isn’t able to negotiate the terms. That’s why I believe that they can be described as “Gods of gambling Olympus”.

You have to pay about 20% to use (basically, rent) the slot machine or to play a game. The commission fee is charged from the player’s loss and also from the bonus. The bonus is given as part of the casino’s promotion. Without the bonus, it’s almost impossible for them to drive the traffic. Some lesser-known developers show a bit of lenience. But this may happen only in the beginning when they’re still trying to get more players. 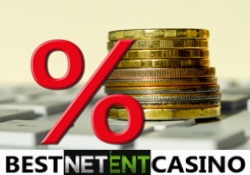 Are these tariffs fair? I don’t think so.

First, game developers don’t have financial risks, the casino does. That’s why the casino, in my opinion, must have the biggest piece of the pie. I can’t find justification for that number. A base of lesser-known aspiring studios usually has a staff of just over 10 people.

Secondly, game developers are also interested in driving traffic to the gaming house. Even so, they act in their interests, not in the interests of the casino. They create jackpots and tournaments.

Thirdly, game developers have a pretty big betting circulation. And they charge a percentage from it. That includes players’ fees in each casino. And there are a lot of them out there nowadays. For instance, a casino has 1000 members. It gets a net profit of 20-30% from the deposits (excepts for the winnings). This means that the developer gets these 20% (more with bonuses) from 1000 members in 1000 casinos. So, 20% from a million players. *

*it’s a rough calculation made to show the whole picture.

The Secret behind the “Whales” Popularity

How are “whales” able to not just stay in the gaming market but also maintain their popularity? In theory, “whales” have to focus on attracting new casinos and on making the terms more loyal for them. This, in turn, allows casinos to be fairer to their players. In this case, the industry would be more attractive for potential players and not seem like a fraud. Besides, it also would be growing.

But the developers didn’t change the strategy. They are trying to make the most of the industry. They aren't thinking about the consequences in the environment that has unhealthy competition.

Game developers could make the online casino more attractive. They could create quality products and put it on the market with rarer frequency. Instead, they bury the players with the "new" slots which usually are clones of the previous ones. Developers do that amidst the appearance of new competitors. They do that to frequently appear in the “new” tab and stay there as long as possible. The slots from this category get the developers all the glory. It happens because of the myths about the increase of the slot returns. Updates for the slots from big companies come each week, which is unacceptable. They always want to be in one tab. It leads to them crushing their previous developments including the trendy ones.

Why RTP is so Important for Casino Players

The next big topic is RTP. This topic is relevant not just for the players as many think but also for the casino.

The majority of the developers claim of having this indicator at 94-96%. These numbers are not bad for a player and acceptable for the projects.

What is in reality? In reality, game developers do whatever they like with this indicator and you can’t catch them in the act. For instance, Play’n Go developers have been caught playing around with the indicator. They have been lowering it to 80% and raising it to 120%.

RTP can be not a bad tool in periods of decline in popularity of the slots of a developer, for example.

What else can be easier than raising the slot return to 120% for it to be popular amongst players again? And developers don’t even have to pay for it as it’s casino’s business. It can only cause a reduction in their profits or them losing their income for a while. But they can control this part and they can also make up for it by lowering the slot returns.

The provider can always suggest that in long run the casino is going to even out. But is the casino going to make it with such partners and their slot return games? Many are going to mention the standards organizations. So, let’s talk about that.

eCOGRA and Other Gambling Regulations 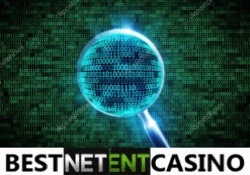 ECOGRA is the most popular but not the only standards organization. It is undoubtedly one of the most respected agencies that test online casinos. But it doesn’t give a 100% guarantee.

First of all, nobody controls this organization. And nobody can be sure of the fairness of their testing. Such examinations should be controlled in several stages.

Secondly, this company like many others is a privet one. That makes you question their integrity and impartiality. A privet company is a business and money is a major factor in business. People in this market especially game developers have an unimaginable amount of it. That’s why we can’t rule out corruption.

Thirdly, I’m not sure that a company can do quality testing of the number of products that come out today. Probably, the testing is selective and just a formality.

Lastly, the developer can always replace the product later during the operational phase. Many developers have a portfolio with licensed products and unlicensed ones (scripts). Licensed products are modelled after SaaS (percentage of the casino’s income).

Casino owner’s other sore spot is bags in the operation of slot machines. They don’t happen often but are still recurrent.

There are risks for the casino. Game developers never admit their mistakes in the making of the software. Understandably so, it can harm their reputation. And the casino’s loss, in this case, can be insignificant. But there is an exception for bigger bags such as the occurrence of a ‘wild’ symbol in the game where it’s not supposed to be.

Big online game developers oftentimes unjustifiably get the bigger piece of the pie. They don’t even have any risks, don’t give the casino or the players any guarantees, and don’t take any responsibility. Developers also visibly deteriorate the quality of their products. They try to make as much money as possible and as quickly as they can.

Small studios can partially change the situation. They’re going to try to conquer the market and in doing so they are going to:

This may result in a fairer market of the online casino and quality service. But it can only happen if the money is sent in the right direction.