Today the products of game developers vary in gameplay, dispersion, and winning potential. Here I am talking about gaming machines. Among online casino clients, they are better known as slots. One of the important features is the retaining of gaming progress or a gaming session. Unfortunately, many players disregard it. They do not understand its impact on the slot's behaviour, performance, and potential.

We are going to talk about the most popular developers. Their products are either with or without the gaming progress retaining. I will analyze the slots' gaming behaviour and potential. I will also give recommendations on how to play slot machines. Bonus at the end: based on the same criteria, I will look at the slots with an option to buy bonus games. Here is the list:

What is a Retained Gaming Session 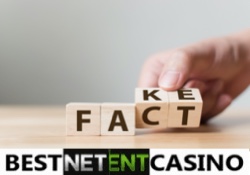 First, let me explain what the retaining of gaming sessions and gaming progress is. Of course, I am not talking about the bonus game restoration in case of its termination. The reason can be a stand-alone postponing, an Internet connection dropout, or a bug. Have you read my "Online Casino Big Fake Hypothesis" article? Then you must remember that I am an adept of the following theory:

Therefore, I am talking about a game restoration after another login (reset). It occurs at the same point on the game fragment, where the game was discontinued. A reel symbol change, a bet drop, or a sudden change in a slot behaviour can determine it.

Slot Games without a Retaining of the Gaming Session

These slot machines are online casino slots. These gaming machines do not retain gaming sessions or progress. The most popular slot machine developers are Play'n Go, Amatic, ELK, QuickSpin, Thunderkick.

These developers design gaming machines that do not retain your gaming session. It means that every time you start playing the same slot, it feels like you play 'the new one". This pattern looks more as if it is from an offline casino. The exceptions are an active bonus game and a winning spin. In this case, you will continue playing where you left off.

The Specifics of Playing such Slot Games

First, I have to say that these slots are also based on the game fragments pattern. These slots are different from the slots with gaming session retaining. While retaining, the system places you on the specific fragment. The big win here is put within a particular section. So, the player has to play (spin) following this scenario. Playing the slots without the retaining, the player gets an opportunity of a "track" change. It occurs every time the player enters the game.

As we know, in some programmed sequences, the same bonus game can be put in at every several dozens of spins. Or even several hundreds of spins. Whereas in others, it can be at the first spin. Thanks to game fragment change, the player has a chance to catch a game sequence with a big win. Or, at least, a set of average wins in a small section. 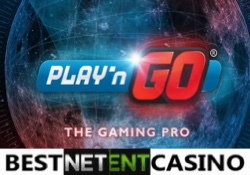 Principally, the slots from this developer play by "sets." What does it mean? If you get a bonus game activation, then there is going to be a few in the majority of game sequences in a small section. The "losing" game also goes on for many bets. After that, it is replaced by a new set of wins or bonus games. Game sequences are usually designed to follow two scenarios:

Unlike the slots from Play'n Go, Amatic slots do not play by sets. These slots follow two scenarios. In the first scenario, the slot lets you win from the start with a set of average and big wins. Then follows the losing set with no wins. In the second scenario, you lose several hundred or even more than a thousand bets. But after that, you might get a big win (or a set of wins). Unlike Play'n Go slots, here the payment often tops the amount of money you lose.

It is very easy to predict the results of a gaming session on QuickSpin slot machines. These slots often give big wins literally from the start of a gaming session. They also play by game sets. The thing here is to be able to stop in time. After a set of big wins, these slots disconnect and often reset the balance.

For this reason, I recommend: 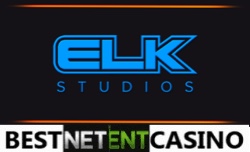 ELK slot machines rarely show a high potential from the start of the gaming session. The sets of wins rarely happen with these slots. The ELK slots do not retain the game history. You have the opportunity to reset the game and try to get a big win under another scenario. I recommend you to do it if you did not get a big win during the set of 100-300 spins. This set can be possible if you keep the balance. 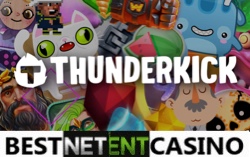 Thunderkick slot machines rarely change the game scenario. It means that if you reset the slot, the Return to Player will not change even under a different scenario. If the slot does not show a high potential from the start of the gaming session, resetting it will not help. You will just play the same scenario again. These slots are designed for average and lengthy gaming sessions. They can show a high potential only during such sets. Often there are sets of average wins with only one big win. After you reset the slot, the possibility of getting a big win is very low.

Slots that Retain the History of the Game

Endorphina, NetEnt, Pragmatic Play, Red Tiger – are the most popular gaming machine developers. I am talking about online casino slots that retain the gaming session and progress.

The majority of gaming machines from these developers retain your gaming session. Of course, there are always some exceptions. Every time you reset the slot, you start at one script point. It is the same script point where the previous gaming session on this slot stopped. A script is a fragment of a game sequence.

The only exception can be a shift from a PC version to a mobile app. But it works only one time. There is something we should remember about these developers. They make the gaming session and progress retaining for different time frames. These vary from a couple of weeks to six months or more.

Specifics of such Slot Games

Unlike slots with retaining of a gaming session, here, the system places you on a certain fragment. The wins are at certain sets of spins in the fragment. And the player has to follow the script just like in shooter games.

Playing these gaming machines, you can get a win right away or after a small number of spins. The win can be a one-time thing, or there can be a set of wins. These sets take turns with short "losing" game fragments.

NetEnt slots are usually designed to play short "winning" and "losing" fragments. One-time mega wins are uncommon for NetEnt slots. Usually, you can get a set of bonus games or average wins within a "winning" fragment. There is a very low potential of getting several mega wins.

Red Tiger slot machines are similar to NetEnt machines. They also play by "winning" and "losing" fragments. The difference is that with Red Tiger slots, the mega win is almost guaranteed after an average set of spins. That is why I recommend you to have from 400 to 500 bets or more. The possibility of receiving a set of mega wins is very low. These slots are not capable of giving several mega wins.

For this reason, I recommend you stop playing this slot until the progress is reset. This process is unique for different slots and can take from two weeks to several months. Some slots reset the progress when you change the bet. If you received a mega win, it is possible to receive another by changing the bet.

It is safe to say that Endorphina slot machines are similar to both NetEnt and Red Tiger slots. The Endorphina slots play by longer fragments. They can give long sets of big wins. It can also happen through frequent bonus game activation. However, the "losing" fragments can last for many spins.

You will not be able to change this by resetting the gaming machine. The slot can realize its potential from the start of a gaming session, but it rarely happens.

Should you keep playing the slots from this developer after a mega win? My opinion here is the same as about NetEnt slots. There is a possibility that you will get several mega wins, but it rarely happens. That is why I do not recommend you to keep playing the same slot, even if you switch from a PC version to a mobile app.

It is hard to anticipate the behaviour of these gaming machines. While retaining the game history, they can give you:

In conclusion, I suggest we look at the different slots play. We are going to learn playing on which one of the slots is most convenient, fair, and has the most potential.

I believe that there is no fair or fraudulent playing scheme on any of the slots. There are advantages and disadvantages to any of them.

For example, the first type of slots (the ones that do not retain the game history). These slots will be a perfect choice for players that do not have many bets. These slots allow the player to play the script with the wins from the start, or even the sets of winnings. However, I find the build quality of these slots disappointing. There is no sense in playing long gaming sessions without resetting the slot. For this reason, you will lose all your bets during long sets of spins in the majority of plays.

I like better the second type of slots (that retain the game history). If you do not get a big win from the start of the gaming session, you can still be sure that you will get it later. You can calculate the approximate number of bets that will get you the desired outcome. The downside here is that there is no sense in playing further after you get a mega win. The possibility of getting another mega win is very low here. But you can still play this slot in another casino. 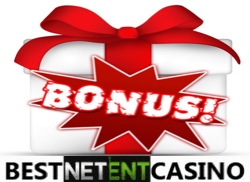 Besides, let's analyze the gaming machines with an option to purchase a bonus game. We will look at the slots from different developers and compare them based on the same criteria.

Big Time Gaming is the most popular developer of slots that retain game history. These slots store the purchase and result in history.