Online Casino VS (Versus Battle) - Part One 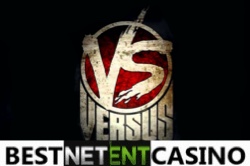 Dear friends and our readers! This time I decided to put everything versus everything (except for casino). In this "competition" we're going to compare:

Recently I have published a quite interesting theory called "The big fake theory". In this article, I speculated about the way slot machines work. Moreover, I wrote another article about live games. I shared a few interesting videos and my thoughts about the integrity of those games. So, based on that let's see which game is fairer, more cost-effective, and has the most potential for winning.

Slots will be interesting for those who like longer game sessions. People who are after the biggest wins (in the ration of a win to bet) also going to like slots.

Slots machines' first opponent is going to be table games. Why? It's simple. Table games' gameplay is quite like live games. Still, all table games mostly take after slot machines. Because they are games that are played one-on-one following a certain scenario. 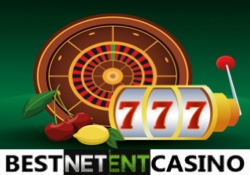 The most popular games among table games are Roulette, Blackjack, and different types of Poker. The peculiarity of table games is the absence of a live dealer and that there is only one player.

Having compared slots and table games we can highlight the following: 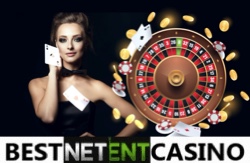 So, now live games join the battle with the previous winner.

Live games are preferred for a seemingly fairer game. Another con is that here you are able to talk to the dealer and other players.

So, having compared slots and live games we can highlight the following:

To sum up, I’d say that it's hard to highlight a specific leader. Slots and live games have different approaches to the gameplay and a player. But I would prefer slot machines. In my opinion, there is a fairer game which is expressed in a predictable script. And there is a better chance of getting a big win.

So, the winner of the battle series is slot machines.

EPS VS Bank Cards VS Cryptocurrencies

In this section, I'm going to review such electronic payment systems as Skrill and NETELLER and compare them with bank cards and cryptocurrency.

Both Skrill and NETELLER belong to the Paysafe Group. The two payment systems are quite similar. But Skrill has 36 million accounts worldwide while NETELLER has 23 million. Skrill and NETELLER have VIP programs. The terms are pretty easy. The more deposits or cryptocurrency transactions you make, the higher your VIP status. It gives the users benefits like reducing the commissions, increasing the limits and others.

Skrill and NETELLER VS Bank Transactions

Having compared Skrill and NETELLER with bank cards we can highlight the following:

Payment system limits can always be raised through the creation of extra casinos. And it is achieved by getting the company's plastic cards as there's no limit on the number of cards. Moreover, the casino doesn't prevent transfers to e-wallets. But they have to be authorized and you should notify the casino's administration.

Cryptocurrency enters the battle with the leader!

Nowadays cryptocurrency is a popular payment instrument. Its distinctive feature is anonymity.

So, the winner of this battle series is Electronic payment systems.

In this versus, I would like to compare game developers. Their products are similar visually and according to other parameters. These parameters include maintaining the balance, potential, and its realization and other. So, the first in the battle are as following:

Both developers chose the mega ways type of games. These are high dispersion slots. They can give out winnings in thousands and even tens of thousands of bets. Let's go!

Having compared these game developers, we can highlight the following:

So, the winner of this versus is Big Time Gaming.

Next in the battle are NetEnt vs Red Tiger. They have low dispersion. Both of the developers chose slots with low dispersion with a small highly possible win. It usually doesn't reach over 1 000 bets.

Having compared these game developers, we can highlight the following:

So, the winner of this versus is Red Tiger.

We have reviewed the first part of the versus battles. I hope you liked it! Later on, I'm going to prepare for the second part. The battle will be between providers like Pragmatic Play, ELK Microgaming Thunderkick Endorphina Yggdrasil, and others. Also, there's going to be a special series of battles between slots!