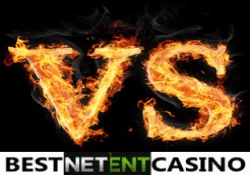 Dear readers and our friends! Recently, we’ve published the first part of versus, which included battles between table games, live games, and slots, between EPS, Bank cards, and cryptocurrency, as well as between game developers NetEnt, Red Tiger, BTG, and Blueprint. As we’ve promised, we are presenting you with the second part of the battles. You will have the sequel of battles between the most popular game providers, as well as hit slot machines. In this round, slots VS slots will come together,

Within the framework of this versus, the slots will fight according to the principle: either clone slots from different providers, or slots of the same series, but with different gameplay. From my point of view, it is inappropriate to put slot machines with fundamentally different gameplay into the battle, as well as clone slits of the same provider.

Book of Dead VS Legacy of Dead (by Play’n Go) 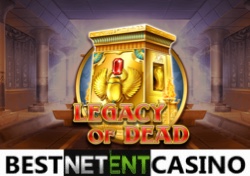 So, the first to enter the battle are such hits as Book of Dead and Legacy of Dead (+ the clone of Rise of Merlin) from the developer Play’n Go.

I’ve chosen these slots because of their similar functionality for expanding the bonus symbol (the only difference is in the number of free spins) and assigning an additional bonus symbol when issuing a retrigger. According to many players, it significantly increases the chances of a big win.

Comparing these slot machines, we can distinguish the following:

So, the winner of the battle is the Legacy of Dead slot!

Legacy of Dead VS Sword of Khans 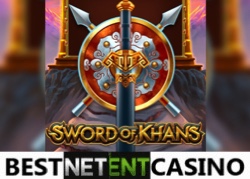 The winner has a very bright opponent with similar gameplay – Sword of Khans slot machine from Thunderkick. Battle!

So, the winner of the battle is the Sword of Khans slot!

The next battle is involving two top slots from the same provider and even with almost identical names, but with completely different gameplay. Have you guessed? 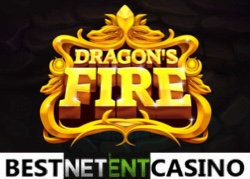 Despite the similarity in terms of functionality, such as, for example:

– Dragons Fire and Dragons Fire Megaways from Red Tiger have significant differences. One of them has classic reels with 50 ways to win, while the other has Megaways, which makes the behaviour, returns, and potentials of the slots completely different. So, which of these two slots will be the most promising and profitable? Let's try to find out in the framework of the battle!

So, the winner of the battle is Dragons Fire Megaways slot!

The next battle also involves slot machines from one provider, precisely Thunderkick, which can be called its flagships. 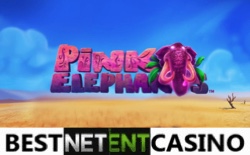 Pink Elephants deservedly became the flagship of this provider and for a long time was at the top of many casinos, as "Elephants" was one of the most popular slots with a large number of players. That’s why, the release of the second part was quite a logical decision of the company, and Pink Elephants 2 slot immediately attracted the attention of fans of the first version. The concept of the slot has been preserved, so they have very small differences. Which of them will be the best solution to play in? We will find it out in the battle!

So, the winner of the battle is the Pink Elephants 2 slot! 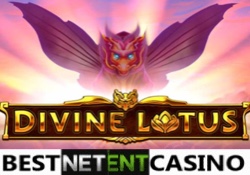 One of the most popular competitors for the winner of the previous battle is Divine Lotus slot machine. Slots have a very similar concept with small differences, which, however, are quite enough for differences in the behaviour of slots, and the implementation of their potentials.

The main difference between Divine Lotus slot machine and its competitor is the large number of additional spins that are given during the bonus game. This is done by assigning them for each scatter-symbol located on different reels. Unlike Pink Elephant 2, where they are assigned for 2 or 3 scatters, and this, in turn, creates the illusion of a higher potential for getting the top combination in "Lotuses". In other aspects, slot machines are completely identical in terms of gameplay.

So, the winner of the battle is again Pink Elephants 2 slot!

Ivan and the Immortal King VS Goldilocks and the Wild Bears 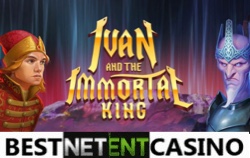 The next to enter the battle are two slots from the provider QuickSpin with fundamentally different gameplay. In one of them, the multiplier increases with your progress, and in the other – additional wild symbols that replace the base symbols. Probably, most of you have already guessed, that the developer's hits such as Ivan and the Immortal King VS Goldilocks and the Wild Bears will participate in the battle!

So, according to a large number of players, the Ivan and the Immortal King slot is highly dispersed. It means poor balance retention in the main game, and extremely rarely realized the potential for issuing a large win during the bonus game. The Goldilocks and the Wild Bears, on the contrary, is a slot with relatively low variance, "easy" progress during the bonus game, and a high potential for getting a bonus game. Well, we're starting!

So, the winner of the battle is Ivan and the Immortal King slot! 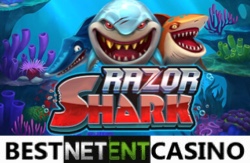 The next battle will take place between two very similar in mechanisms slots, but with slightly different functionality, from the developer Push Gaming!

Despite the similarity in the mechanics of the slots (bonus symbols moving from top to bottom), these slot machines have completely different potentials and behaviour in the game due to differences in the functioning of these bonus symbols. So, in Razor Shark, they open different types of symbols, which may not give a match, or on the contrary, give out a large win due to coins with a guaranteed win.

In Tiki Tumble, these symbols play the role of wild symbols, which gives almost guaranteed winnings (depending on their location and the coincidence of other types of symbols).

So, the winner of the battle is Razor Shark slot! 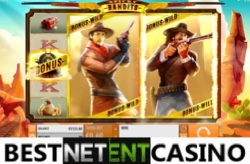 Previously loved, but forgotten Sticky Bandits slot was presented by Quickspin in a new guise – in the form of Sticky Bandits: Wild Return slot. Is this slot as good as its predecessor? Is it better? Or is it worth remembering the well-forgotten first part? The battle will decide!

After its release, Sticky Bandits was loved by many players for the simplicity of the gameplay. Also, for the huge potential that is created from two wild mega-symbols that form an almost full screen, with the illusion of easy obtaining such a combination both in the main game and during free spins.

Many people expected simple gameplay from the second part, but in the end, they saw a completely different slot. It is a classic slot machine with mega-symbols, but not wild. Their transformation into the wild is possible in the bonus game. The slot also has an additional mini-bonus game.

So, the winner of the battle is Sticky Bandits slot! 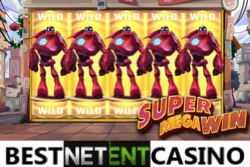 Two more hits from QuickSpin! These slot machines have similar mechanisms, with the growth of wild symbols and their "departures" in case of partial appearance. Unlike Sakura Fortune, where these symbols occupy only the central reels, in Big Bot, they appear on all reels with the potential to get a full-screen combination both in the main and during the bonus game.

So, the winner of the battle is Sakura Fortune slot!