Online slots as a mind trap for addicted punters 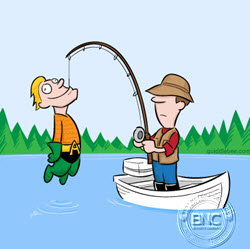 Experienced players, studying the characteristics of a particular slot pay attention to such parameters as RTP and slots volatility. But for slot developers, these parameters are secondary. The most important parameter of any slot you will not find in any documentation. Although it is quite challenging to measure it, this is the main parameter. And that's: "Addictiveness". Or to put it another way, it's the intensity (speed) with which the slot puts someone on the hook, and the jonesing the problem player has when he tries to get off this slot.

Roughly speaking, if you translate it into the language of drugs: there is morphine, there is heroin, and there is methadone. All these drugs belong to the class of opiates, and in many ways, they are similar. But different chemical structures make them very different in terms of danger to the consumer.

The same is valid for slots. Different stuffing causes different effects of addiction. The job of slot developers is to create the most advanced formula, that is, a slot that puts players on the gambling hook in a very short time. In this case, slot developers have the latest advances in high-tech and psychology. It's no secret that the slot developers work with game addiction specialists, but with the opposite purpose. Their task is not to help the player, but on the contrary, to closer involve him in the game.

There are two players playing slots on their computers. How can you tell if one of them is more addicted than the other?

The bet amount is, as we understand it, very relative, and largely depends on the income of the players. You may be a responsible player by playing at max bets, and a dickhead addict playing at the lowest bets. The correct answer in our case will be as follows:

What is the difference between a slot with 1 line and a slot with 32 lines? In theory, these slots can have exactly the same or very close to each other RTP. But the second slot has 32 lines for a reason. This is a way to make the player play faster. In a short period, the player gets into his brain a queue of 32 bullets. His subconscious explodes 32 times, while at the first slot it's only once. 32 lines are basically 32 games, cleverly packed into one.

The play speed is not the only one, but one of the most critical elements in determining the slot intensity on the player's psyche. In the first 80 years of its existence, slots were a game of homeless people and low rollers. Basically, they were slot machines with the mechanical or electromechanical motor, offering a game on 1 or maximum 3 lines. In the 80s of the last century, the world of slots went through a revolution; the computer programs were put into the core. The revenue from slot machines went up sharply and is now confidently second placed in the world among all the casino games (the first one being Baccarat). Professor Natasha Dow Schüll specializes in the psychological aspects of slots. On the techniques that the developers use to make the slots be dreamed at night. Below is the text of one of her articles:

Slot math - player on the hook