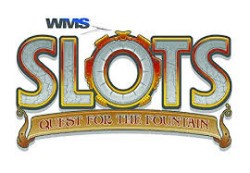 There are 100s of pokies by this game developer with a deep-rooted history in casino gaming. Our focus will be on William Interactive, the brand of the company that was created for online and mobile-focused play in 2012.

Being relatively new to online gaming has not hindered them, rather, they can merge years of experience as land-based casino providers with the latest technology to create modern games that may not necessarily excel graphically but guarantee quality and entertaining gameplay experience.

There is a rather complicated backstory around this game developer dating back to 1943 when Harry E. Williams established WMS Manufacturing Company which was succeeded by William Electronics in 1974. Williams Gaming was subsequently created as a division of the company in 1991 when its specialization as a manufacturer of pinball machines and arcade games became unprofitable. They entered the casino market in 1994 and released their hit land-based casino pokie “Reel ‘em In” in 1996. 5 years later in 2001, out of their partnership with Hasbro came the onset of branded pokies with the release of the Monopoly-themed game series. A host of branded titles followed suit with the likes of Wizard of Oz, Top Gun, Bruce Lee and Star Trek becoming popular in many casinos. They have been through various ups and downs, which is not unusual for a company of this magnitude. Still, they have nonetheless managed to keep striding uphill and are renowned as a manufacturer of pokies, video lottery terminals, and casino software.

WMS is based in the United States, and 70% of its revenue is accounted for by the region. They have distribution facilities and gaming centres in Argentina, Australia, Austria, Belgium, Canada, China, India, Mexico, The Netherlands, Spain, South Africa, and the UK. Fellow American-based enterprise, Scientific Games Corporation, acquired WMS in 2013, making the developer a wholly-owned subsidiary of the digital gaming behemoth. The company operates under a UK license and provides its software to many legitimate Australian online casinos.

Considering that they started out catering to only land-based casinos, their games and cabinets are now being upgraded to HTML5 to support online gaming across all devices. WMS interactive pokies are restricted for real money play in the US, so they operate on offshore markets. They dabble in social gaming through platforms like Twitter and Facebook mostly for free gaming, but also with some real money options.

Instant play pokies by the developer are readily available through various operators. They strive to serve all generations of punters and what their pokies lack in graphics, they make up for in features. The developer's pokies are mostly low to average variance games, so there is the opportunity of frequent wins and bonus rounds. There is no lack of expanding wilds, stacked wilds, free spins, and multipliers. They delved into the creation of progressive jackpots in 2016 and thanks to their large scale; they offer some life-changing payouts.

There are 50 active lines on a 6 x 6-reel setup. This pokie has the potential to offer up to 100 free spins as well as a max payout of $200,000. The main symbols are the beer maidens visible on the reels; Other symbols are typical of the Bavarian theme portrayed in this game, including Beer Wilds, beer mugs, accordions, and other musical instruments. There is a good mix of features and players are likely to enjoy this one.

The original Raging Rhino was a hit as soon as it was released and this version incorporates the Megaways mechanism with up to 117,649 ways to win. This 6-row, 6-reel pokie is highly volatile and can pay up to AUD 250,000 in a single round. Features include cascading reels, scatters, free spins, and plenty of multipliers. The African Wildlife theme showcases the same types of animals present in the original one, such as Leopard, Crocodile, Rhino, and Gorilla symbols.

The betting range for this 4 x 5-reel pokie is huge with punters being able to wager as much as AUD 1,000 per spin. You can find regular wilds, sticky wilds, free spins, and re-spins. The Lightning Bolt is the bonus symbol that triggers free spins. There is a bonus feature called the Hot Hot Super Respin where the Zeus symbol filling all positions on the 1st reel locks it in place while the others re-spin thereby increasing your chances to win.

Released in 2018, this pokie has much better graphic quality than most WMS titles. The 5-reel set up features between 8 & 12 symbols each. There are 100 paylines, and the prominent features are the free spins and the lightning re-spin. Symbols include Kronos, Pegasus, jewellery, a Lion, and a throne among others. It may be a little complex for those who prefer straightforward games, but once you get the hang of it, there is much to appreciate about this pokie.

The popular 1939 film inspires one of the branded releases by the developer. There are quite a few exciting features, both regular ones like wilds and scatters, and special ones like a Picking Bonus and a Random feature. 243 ways to win and a payout of up to AUD 50,000 serve as a good incentive to try out this pokie. Dorothy, Oz, Lion, Tin Man, and Scarecrow are all present as symbols.

Another remake based on the story of the legendary gladiator; This pokie comes equipped with free spins and multipliers paying as high as 5000x your stake as well as wild and game logo payment combinations that award you just as much. The theme is well done considering the less than stellar graphics that WMS is known for. Bonus rounds offer the highest payouts, but the base game is not dull either.

This software provider has created an entire series of Monopoly games since 2001, and they continue to release new editions with improved graphics and in-game features. Gold coins and wads of cash backdrop the 3 x 5-reel setup while symbols include dice, aeroplane, a dog, a car and other notable elements of the original game. There are 50 paylines and a Grand jackpot of up to AUD 200,000. The RTP here is below average at 95.42%, but there is still a massive opportunity to win big.

Play all pokies for free